A Moment In History 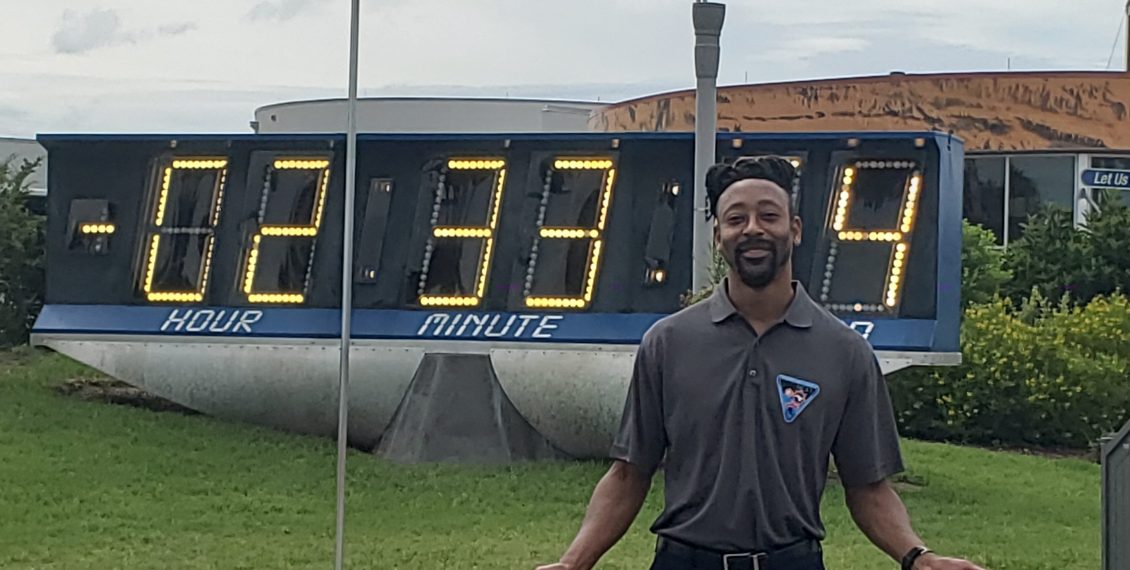 2019 marked a milestone for NASA — 50 years since humans went further than they had ever gone before. Across the country, the Apollo generation and the Artemis generation celebrated the historic Apollo 11 lunar landing. While a team of students from Lone Star College-CyFair in Texas reflected on this moment in history, they were getting ready to visit NASA’s Kennedy Space Center in Florida to make their own mark.

Micro-g NExT challenges undergraduate students to design, build and test a tool or device that addresses an authentic and current space exploration challenge. Since 2015, students have been able to propose an innovative design solution by prototyping a tool or simulant identified by NASA engineers as necessary to human spaceflight. During test operations, students rely on the simulated microgravity environment at NASA Johnson Space Center’s Neutral Buoyancy Laboratory (NBL) to evaluate their prototype’s feasibility for space. The team members, from their “mission control” within the Test Conductor Room at the NBL, direct the NBL’s team of professional divers to test their tool within the pool’s 6.2 million gallons of water.

In 2018, 25 proposals were selected, and more than 200 students had the opportunity to be part of NASA’s mission. James Philippi was one of those lucky students.

“I heard a rumor about a NASA student project, and I knew instantly I wanted to be part of it,” Philippi said.

Little did Philippi know, his decision would have an impact on the space community. Team CERO’s zip tie cutter tool underwent testing in May, and it surpassed the engineers’ expectations so much so that they were invited back to develop their tool further for testing with NASA’s Active Response Gravity Offload System. 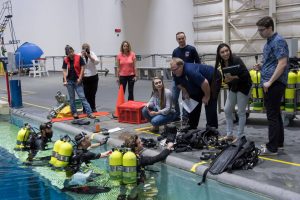 Team members guide the divers at the Neutral Buoyancy Laboratory as their developed tool is tested. CREDITS : NASA

“The work of our students surpassed all expectations,” said Jared Cammon, faculty advisor. “Through our participation in this challenge, we have realized the value of providing an end-to-end design experience to students in the first two years of their engineering study.”

The journey didn’t end there. With help from the Extravehicular Activity Tools and Development team, the device, which will cut and retain zip ties during spacewalks, was flight certified. Following Apollo 11’s 50th anniversary celebration, Team CERO’s students and faculty witnessed the launch of the SpaceX 18 Commercial Resupply Services mission, where their tool was flown to the International Space Station.

“It is a completely different experience and feeling to watch a tool that you designed fly in a rocket to the space station,” said team member Francesca Liso. “When you work on something that hard, and for as long as we did … and to have an entity as big as NASA say that it’s perfect and ready for astronauts to use — it’s just an indescribable feeling.”

This device, created thanks to Micro-g NExT, is the first to have been flight certified and flown to station, and it’s already got a big assignment ahead: to aid in the repair of the Alpha Magnetic Spectrometer later this year.

“This was definitely not something that I thought was in the realm of possibilities when I first undertook this project,” said Daniel Vasek, a Team CERO student.

While the team consists of several first-generation college students, Micro-g NExT has helped all the participants get closer to their goals by providing an authentic learning experience unlike any other.

“I thought it would be a fun project to work on,” Vasek said. “But, in retrospect, the term life changing would not be an overstatement. Not only was I able to work with NASA to make a tool being used in an actual space mission, but I got a job working in manufacturing directly because of this project.”

By obtaining practical work experience in the space exploration industry, Micro-g NExT has led students to internships and employment in associated fields.

As a result of Team CERO’s success, Wang will be creating an honors section of her Engineering Graphics design course, “where students will be directly involved with Micro-g NExT as part of their coursework.”

For the educators involved, this achievement they helped spearhead resulted in their own recognition and accolades, with nominations for Senate Faculty of the Year. Continued efforts to build from this NASA experience also led to them receiving the Chancellors Faculty Innovation Technology Grant.

This is just the beginning for these faculty members, as they have been inspired. Both Wang and Cammon found Micro-g NExT to be unique, providing real-world design experience that is often missing from STEM curricula.

Team CERO’s results may not be typical for the average Micro-g NExT group, but they have shown that good engineering — no matter where it originates from — is always needed and appreciated at NASA.

NASA’s Office of STEM Engagement aims to take available resources and employ them to enhance the quality of STEM instruction and improve the level of STEM literacy in America. Through its programs like Micro-g NExT, students are given opportunities to work on challenges that not only provide a hands-on STEM experience, but also contribute and help NASA develop new tools that will solve the engineering challenges of the next generation. 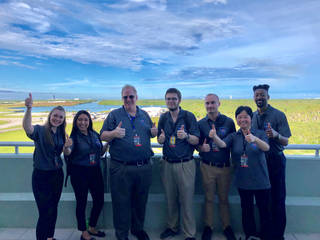 For more information on Micro-g NExT, visit: https://microgravityuniversity.jsc.nasa.gov/

We use cookies to ensure that we give you the best experience on our website. If you continue to use this site we will assume that you are happy with it.AcceptPrivacy Policy